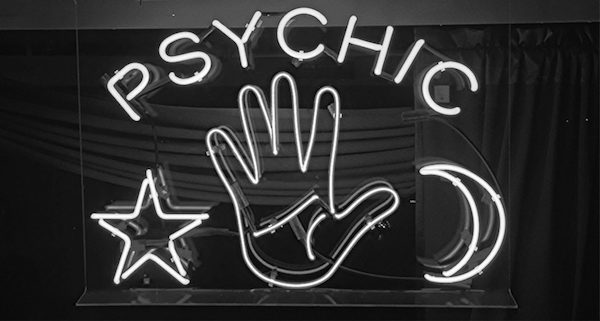 There is a famous quote from Henry Ford about the invention of the automobile: “If I’d asked people what they wanted, they would have said faster horses.”  Ford’s point was later reinforced by Steve Jobs, who remarked, “It’s really hard to design products by focus groups. A lot of times, people don’t know what they want until you show it to them.”

The essence of both statements is that there are businesses and products that will alter peoples lives and achieve mass adoption, even though customers (and often experts) have no idea they need a better solution, and thus your job as an entrepreneur is to uncover this unrecognized need and provide that solution.

But it is really not that simple…

While personally I find the concept of foretelling the future in a way that changes people’s lives an exciting challenge, I can see how this concept could be very intimidating to potential entrepreneurs.  Since such foresight involves sensing what people want or need before they know themselves, it might sound like you need to be a mind-reader to be a good entrepreneur.  Let’s start by dispelling this concept.

Media coverage is skewed toward the idea of a visionary founder who changes the world.  But most entrepreneurs start businesses providing goods and services that already exist, and develop slight improvements.  Seth Godin illustrates this using the example of snow-shoveling: “We know there’s a need for snow shoveling. We know that if you spend time and effort, you can arrange a team of ten snow shovelers who don’t have the initiative you have, and you can use existing, almost free technology to assign the snow shovelers to where they need to go. And you’re not going to win because you’re the cheapest snow shoveling company; you’re going to win because you can get to customers faster and better and more efficiently.”  This kind of entrepreneurship does not take a massive amount of creativity or talent—it takes hard work, courage, and follow-through.  Make a list of the things people “need and want,” see where your advantage lies, and go for it.

By contrast, Godin describes the visionary entrepreneur as someone who says, “The purpose of my business is to change people. To change them from something into something else…. That you want to change a population in a way that makes you indispensable. That kind of entrepreneurship requires insight at a different level.” This type of future-focused, anticipatory entrepreneur is operating like Henry Ford and Steve Jobs—he or she is looking to uncover an unrecognized need, to be visionary, do something scary, to start a revolution.

While being able to uncover an unrecognized need is the more difficult form of entrepreneurship, it is not an impossible skill to learn.  There are two hacks I have developed that I think are very helpful in this process.  The first is the ability to marry macro-level trends to whatever it is you are working on.  For instance, wellness in all forms is clearly a trend in our society.  Therefore, if you are in the hotel business, you can assume your customers are going to desire wellness within their hospitality experiences.  While this is not rocket science, depending on how early in the cycle you recognize the macro trend and how you react to it, you could be considered a visionary.  Equinox Hotels might seem quite an obvious play in 2019, but when Canyon Ranch opened in 1979, Mel and Enid Zuckerman were clearly visionaries who uncovered an unrecognized need.

The second hack is giving your customers what you would want yourself.  We all have our own unfulfilled needs and desires. Some are deep and complex, but others are simple.  It’s likely other people share your desires.  You don’t need a focus group to confirm that—you need the confidence to trust your instincts.  For example, I wanted (or my wife wanted me) to stop spending tons of money at Starbucks.  My need was for quality aspirationally branded iced coffee at home.  The solution was La Colombe bottled cold brew.  It’s delicious, high quality, provides me the same aspirational feeling I get from Starbucks, and is dramatically less expensive on a weekly basis.  I can’t be the only one who was looking for an affordable high quality Starbucks alternative and I don’t think a focus group is required to test this assumption.

While Steve Jobs, Henry Ford, and other visionary entrepreneurs like La Colombe founder Todd Carmichael, hospitality entrepreneur Chip Conley, and Canyon Ranch founders Mel and Enid Zuckerman have been monumentally successful, they were not psychics.  They didn’t have otherworldly powers.  Rather, they had the confidence to trust their instincts and combine those intuitions with a lot of hard work, a grasp of market conditions, and a bit of luck.  When you develop enough trust in your instincts and apply that vision, you to can uncover an unrecognized need and capitalize on your discovery.