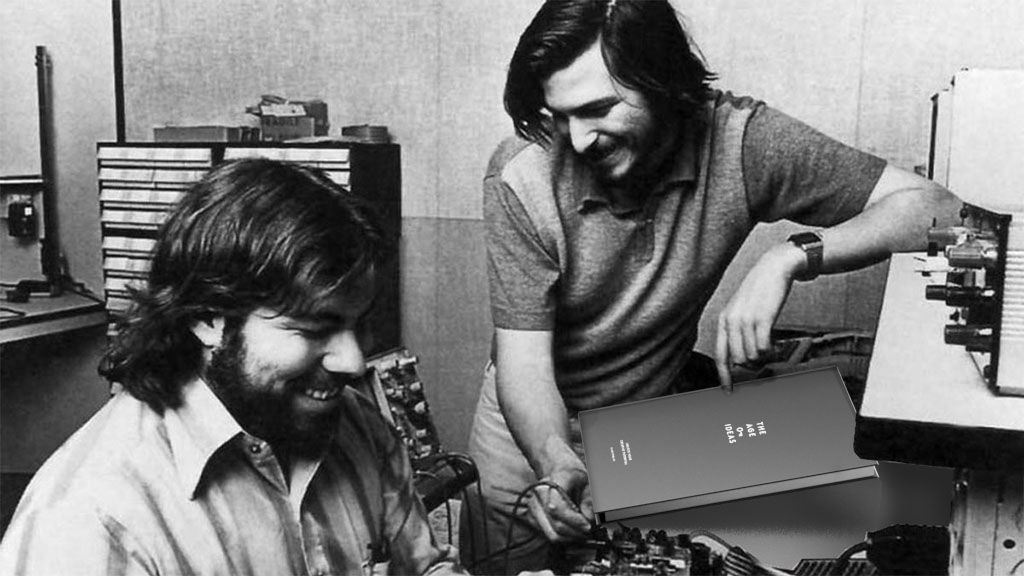 When I was first appointed chief marketing officer of a hotel company, I was presented with an interesting situation, one I’m quite sure many marketing professionals have experienced in some form over the last five to ten years.

It was Fashion Week in New York City, and we’d allotted a small budget to offer complimentary rooms to some social influencers. It was 2014, and this type of marketing wasn’t as common as it is today, so we didn’t pay any fees, and the lost potential revenue for the hotel was minimal—maybe ten thousand dollars max. The influencers were engaged through the relationships of our head of social media. We invited fifteen, ten accepted, and they stayed for two or three days each in exchange for multiple daily posts show- casing the property.

During the same week, another one of our hotels was featured on the Condé Nast Traveler Gold List as one of the best hotels in the world. For years, this list was paramount when it came to attracting high-end guests willing to pay a premium for your property.

The entire executive team of the company was ecstatic at the hotel’s inclusion on the Condé Nast list. High fives! Congratu- lations all around! Meanwhile, no one made a single positive com- ment about the ten influencers we were able to get, at a minimal expense, to stay at our hotel. We’d spent more than one hundred thousand dollars on public relations agencies to be included on that Condé Nast list and less than 10 percent of that cost to acquire those influencers. Now, at the time, Condé Nast Traveler had no more than 300,000 followers on their Instagram feed and a rapidly diminishing print circulation, while the ten influencers had well over 10-million-and-growing engaged followers on their social media platforms. One of them was Aimee Song (@songofstyle), who boasts 4.9 million followers on just her Instagram platform alone. And these influencers didn’t just post once, they posted multiple times daily on their channels. Though we didn’t at the time have the digital analytics to measure the full effect—traffic and bookings—of both channels, I believe the return on investment from the influ- encer posts was significantly higher, considering the cost, number of followers, engagement levels, clickthroughs, and reposts.

This experience is a prime example of how marketing has changed in the Age of Ideas.

Influence isn’t a new concept born from influencers; all adver- tising and marketing has always been based on influence—it’s why we used to buy full-page magazine ads, TV commercials, and vie for the attention of magazine editors. But with the democratization of communication and technology, there has been a shift in who has the influence, a fragmenting of influence, and without a doubt this will continue to evolve. While some influencers are highly valuable, some are not. While some magazines and newspapers are highly influential, some are not. As marketers and entrepreneurs, we need to move away from relying on any one outlet or person who at the moment may have the power and instead build our own influence, like Supreme does. You can do that by establishing a strong direct relationship with your audience.

In an ever-changing landscape, the best way to build influence is through a direct relationship on platforms you own, like a website or email newsletter. Secondary platforms like social media, Amazon, or YouTube are amazingly impactful as well, especially for building awareness and finding new customers, but you are at the whim of the company running the platform. The more direct a relationship you have, the more you control your influence, and the less dependent you are on middle-men that will eventually cost you money and dilute your message. Remember, a platform is there to generate profits and please all users, not just serve you and your needs. Shareholders will eventually force publicly traded platforms to monetize.

In the Age of Ideas, influence equals freedom. The more you have, the more opportunities you have to create value for yourself, your partners, and your audience. This thought must be paramount in every interaction you have with your followers—if they trust you and engage with you, then your influence is growing. Influence is critical to your success in the modern paradigm, no matter your pursuit.

As we continue to develop this concept of strategic sharing, it’s important to look at another avenue that carries rich possibilities in the Age of Ideas: collaboration.

Collaboration is another vital marketing tool enabling participants to effectively share their message with an engaged audience at scale. Collaborators exchange trust, energy, and credibility, and ideally enhance each other’s relative influence. When one brand agrees to collaborate with another, they’re telling their audience, “I dig what this brand does, and you should, too.” Collaboration is word-of-mouth on a massive scale.

For instance, H&M is known for their capsule collaborations with high-end fashion designers like Alexander Wang and Balmain. There’s no other channel I know of that could have authentically increased Alexander Wang’s following with an engaged audience better than H&M. H&M got relevance and financial returns, and Wang got financial returns and aspirational exposure to his future customer base.

When it comes to collaborations, each contributor needs to get something they want. Supreme’s collaboration with Louis Vuit- ton—one of the largest and most well-respected fashion brands in the world—is a great example.

While their collaboration was a big deal in the fashion world, the amount of product sold represents a very small portion of Louis Vuitton’s and probably even Supreme’s gross revenues. This exchange had more to do with relevance, exposure, and long-term brand value. For Supreme, a street-style brand, collaborating with Louis Vuitton was a crowning achievement. It was the ultimate seal of approval for their brand equity and strategic vision—the exposure to millions of new, vetted customers was just a bonus. For Louis Vuitton, collaborating with one of the most relevant street-style brands in the world reinforced their continued relevance and gave them a foothold with a new breed of influencer. While the collab- oration sold out (and currently resells for 10x original retail), both brands received increased engagement, exposure, and influence. That’s the power of collaboration.

Right now, you are a legend in your own mind. Though you can see your idea in your head or even in your hand, the greater universe is not yet aware of what you have to offer. Through strategic sharing your audience will awaken to who you are and what you have created or intend to create. The goal is for you, your ideas, and your creations to become legendary in everyone else’s mind. Let me explain.

A legend is a compelling, especially well-known individual, group, or narrative. Legends are often associated with an excep- tional skill, capability, or event. Take, for example, the story of how Steve Jobs and Steve Wozniak founded Apple. This origin story ends with the creation of the most valuable company in human history and made Jobs, Wozniak, and their brand legendary. What started simply as an idea eventually transformed all involved into legends through great storytelling. It is no different than the story of how Obama became president, the story of the founding of our country, or the story of the parting of the Dead Sea. These stories transformed the people, ideas, and things involved into legends. Storytelling is the most effective form of communication we have, and learning to do it well is a critical tool in your strategic sharing toolbox.

The story you tell about the origin and development of your idea will play a big role in whether or not your audience engages. For example, I am sure there were countless behind-the-scenes deals, power struggles, and petty moments that went into Barack Obama becoming our first African-American president. But the story told is of his heroic rise from obscurity to barrier-breaking world leader. Or, going back further, without a doubt there were extreme amounts of death, destruction, and massive shifts of wealth and power that went into the formation of America, but the story we’re told con- jures an upstart nation fueled by democratic ideals overthrowing an exploitative empire.

The stories we like to hear are ones that make us feel good, that are entertaining, exciting, inspirational, and easy to remember. With this in mind, as you craft your origin story, you should consider the following:

1. Simplicity & Positivity: Keep your story and messaging simple, direct, and positive. You have mere seconds to grab a customer’s attention, so make your message clear. And keep your messages upbeat, focusing on the solving aspect of your creation’s problem-solution equation. As for negativity, no one wants to hear someone complain.

2.Repeatable: Give your customers something they can easily share with their friends and that they want to share with their friends. A bar in New York recently made a spicy chicken wing covered in hot sauce made with liquid gold. While this is clearly ridiculous, it is also very easily repeat- able. Did you see those hot wings made with gold? Insert opinion, share video. A short, impactful story is easiest for us to remember and repeat.

4.Struggle: Nobody is perfect, and knowing that everyone experiences struggle is a notably comforting feeling for someone who is struggling. Beyond that, it’s appealing to root for the underdog, a position most of us have experienced. When you tell your story, remember that people want to know something about a challenge or struggle you have encountered or are encountering on your jour- ney to success. Since living a fulfilled life and manifesting astonishing success invariably requires overcoming a struggle, it shouldn’t be too hard to find your own stories of struggle that people can relate to.

5.Redemption: All struggle ends with some form of redemption for the hero. Give your story a happy ending. If that’s hard to do because you’re still struggling, then point to the light at the end of the tunnel—illuminate the knowledge you have gained and the challenge you are on your way to overcoming. This will provide a payoff to your audience and allow them to further invest in your successes.

Humans crave stories—it’s how we share and connect with one another. We constantly tell and share these stories, so getting yours to be part of the conversation is important to the sharing and amplification of your idea. For that to happen your story must be told and reinforced on all of your channels, both owned and paid. The more your story is repeated, refined, and accepted by your tribe, the more a groundswell of support will grow for you and your pursuits. This support will eventually form a community, or as some call it, a tribe. The more your story is told, the closer you will be to becoming a legend…and as they say, legends never die.