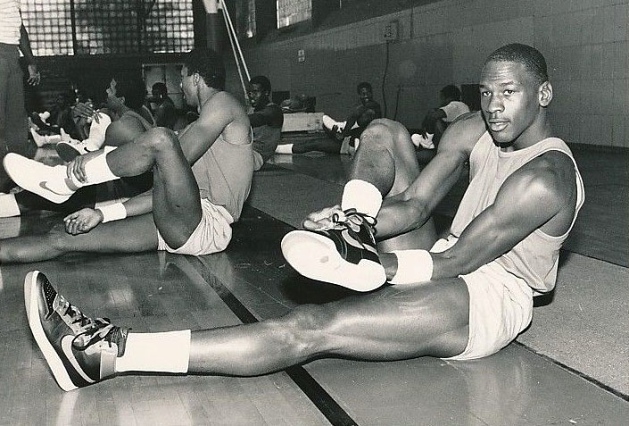 Podcast #19: Some Days will Suck & Free to Fail with Michael Jordan & Ed Catmull of Pixar

Ted Williams was an exceptional baseball player. During his nine- teen years playing for the Boston Red Sox, he made seventeen trips to the All-Star Game, was twice named the American League MVP, was the batting champion six times, and won the Triple Crown twice. At the end of his career, he had a .344 batting average, with 521 home runs. Most legendarily of all, in 1941, Williams ended his season with a .406 average, making him the last player ever to hit over .400 for a season. Ted Williams is without a doubt “the greatest hitter who ever lived.”

Now let’s take a look at Williams’s statistics from a different perspective. Although he was baseball’s all-time greatest hitter, he was only successful at getting a hit 34.5 percent of the time. That means the best-ever batter failed more than 65 percent of the time throughout his career. For every attempt he made, two out of three times, he failed.

But maybe that’s just baseball. Let’s check the application of this theory in another sport. The greatest basketball player of all time is Michael Jordan. MJ had a career field-goal percentage of 49.7 percent. This means that half of the time, when the greatest player and most prolific scorer in basketball history took a shot, he missed. One out of every two attempts, he failed.

Okay, but what about the world beyond sports?

Michael Jackson recorded and released approximately 225 songs. Jackson is recognized as one of the most prolific hit-makers in pop-music history, yet of his 200-plus recorded songs, only two out of every ten cracked the top 40 (with thirteen going to number one).

Now, let’s look at these statistics in a different context: your work. If you told your boss or coworkers you were going to fail 50 percent of the time like Michael Jordan, 65 percent of the time like Ted Williams, or 80 percent of the time like Michael Jackson, do you think you would be looked upon favorably? The answer is without a doubt no. We’re taught to believe that mistakes are bad, and that when you fail, you’re considered a failure. This simply isn’t true. Without failure and mistakes, it’s impossible to become great and achieve something different, special, or innovative. It’s like cooking; the first time you make something, you might fail—it might not come together—but with experimentation and practice, it often becomes great. I’m not advocating that you bet your future or your organization’s future on moonshot ideas. What I am expressing is the belief that we must encourage, not punish, experimentation, exploration, and learning through experience.

Pixar is the closest thing in modern business to Ted Williams, Michael Jordan, or Michael Jackson. At the time I am writing this they’ve released twenty movies since their inception, and every single one of them has been a commercial and critical success. Surprisingly, underlying their nearly perfect record is the fervent belief that it must be safe to make mistakes or fail. Pixar’s founder Ed Catmull said, “Failure isn’t a necessary evil. In fact it’s not evil at all. It is a necessary consequence of doing something new.” He continued by saying, “Similarly, it is not the manager’s job to prevent risks. It is the manager’s job to make it safe to take them.”

In other words, to achieve unbelievable success, we must create an environment where experimentation and the occasional failure are permitted and encouraged. Failure is painful, and our feelings about this pain confuse our understanding of its worth. We must learn to separate the good and the bad feelings related to failure and accept it as a critical component on our journey to greatness. Embrace uncertainty; dance with your fear. Because you will fail—but it is only failure if you fail to learn from each attempt.

While it is essential to embrace uncertainty, I am not advocating quitting your day job. That would be foolish. As Maslow said, we can’t engage in the process of becoming fully self-actualized unless our basic needs are met—food, shelter, clothing. You are NOT free to fail if failing means being unable to support yourself or your family. And manifesting magic does not mean you will start making money immediately; it most likely will take years of hard work and many failures along the way.

For most of us, that means pursuing our purpose, at least at the start, as a side hustle. That may mean waking up earlier, working later, or setting aside time on the weekend to advance your ideas and begin the process of making them manifest. This book, for instance, took me five years to write—not because I am a slow writer, but because it could not be my sole focus. I wrote parts one and two over the course of a year, and then I began writing a weekly newsletter to build an audience and test my material in front of an audience. I refined each section of the book with an editor, reorganized it, rethought it, and honed its focus for another few years. During that time my wife gave birth to two children and built her own business; we moved to another state; I started a new C-level job at a multi-billion dollar company. I promise you, I had very little time. But I carved out every moment I could, because this is my purpose—I knew I needed to share this information—and I was committed to manifesting it in the world.

Maybe one day this project will be able to provide my family enough revenue to support our daily existence, but until then I’ve taken enormous satisfaction in the process of pursuing my purpose. Though I’ve wrestled with many moments of frustration, delays, setbacks, revisions, and so on, it has provided me with emotional fulfillment far beyond my expectations.

Your process will have many of the same ups and downs. The key is to dive into it and trust that the universe wants what is best for you. Eventually.

Some Days Will Suck

Some days will suck. Some weeks will be hard.

Some months will be filled with doubt, fear, and the terror of not knowing.

There’s no way around it. I tried to avoid the pain, the struggle, and the sacrifice; it didn’t work.

There are no shortcuts.

Those brave enough to face the pain and struggle are the ones who get the fulfillment. They’re rewarded with the river of positive energy that can only come from overcoming a challenge.

Your fulfillment is dependent on your ability to persist. To fight through the hard times, the days you don’t believe, and still have certainty you’ll succeed.

You accept sacrifice when you sign up. It’s in the fine print.
But don’t be scared.
You know you want it. You want it all.
You want everything, so you have to be willing to give up everything. That’s why your pursuit must align with your purpose.

Your pursuit must be innately tied to your inner desires. Then, when things get really hard, when everything goes wrong, you won’t quit.

You won’t quit because you can’t. It would be like quitting on yourself.

You will change course, you will evolve, but you won’t quit.

That’s what life is all about: a struggle to overcome a challenge.

So step forth, be brave, and take your shot. But never forget, some days will suck.