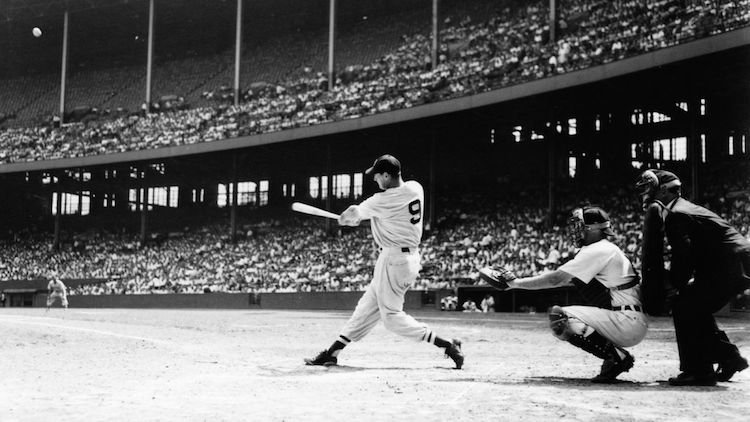 “I never thought of it as going 2-for-5 every day, but that’s what it adds up to.”
- Ted Williams

Ted Williams was a great baseball player. During his nineteen years playing for the Boston Red Sox he made seventeen trips to the All-Star Game, was twice named the American League MVP, was the batting champion six times, and won the Triple Crown twice. At the end of his career he had a .344 batting average, 521 home runs, and most famously in 1941, Williams ended his season with a .406 average, making him the last player ever to hit over .400 for a season. Ted Williams is without a doubt “the greatest hitter who ever lived.”

Now lets take a look at William’s statistics from a different perspective. Although he was the all time greatest hitter in baseball, he was only successful at getting a hit 34.5% of the time.   During his peak season, when he did something that no one else had done in over seventy five years, he managed to get a hit only 2 of every 5 times he stepped to the plate. That means the best ever failed more than 65% of the time throughout his career and 60% of the time when he achieved something beyond explanation.

But maybe that’s just baseball let’s check the application of this theory in another sport. The greatest basketball player of all time is Michael Jordan. MJ had a career field goal percentage of 49.7%, and if you remove his Wizards stint, 50.9%. That means that half of the time the greatest player and most prolific scorer in basketball history took a shot, he missed.

Ok, but what about outside of sports?

Now let’s look at these statistics in a different context, your work. If you told your boss or co-workers that you were going to fail 50% of the time like Michael Jordan, 65% of the time like Ted Williams, or 80% of the time like Michael Jackson, do you think that you would be looked upon favorably? The answer is without a doubt no. We are taught to believe that mistakes are bad, and that when you fail you are considered a “failure.” This is simply, not true. Without failure and mistakes it is impossible to become great and achieve something different, special, or innovative. It’s like cooking, the first time you make something you might fail, aka it might not be good, but with experimentation and practice it often becomes great. I am not advocating that you bet your future or your organizations future on moonshot ideas. What I am expressing is the belief that we must encourage not punish, experimentation, exploration, and learning through experience.

Pixar is the closest thing in modern business to Ted Williams, Michael Jordan, or Michael Jackson.  They have released 17 movies since their inception and every single one of them has been a commercial and critical success.  Surprisingly, underlying their nearly perfect record is the fervent belief that it must be safe to make mistakes or fail.  Pixar’s founder Ed Catmull said “Failure isn’t a necessary evil.  In fact it’s not evil at all.  It is a necessary consequence of doing something new,” he continued by saying, “Similarly, it is not the manager’s job to prevent risks. It is the manager’s job to make it safe to take them.”  In other words, in order to achieve unbelievable success we must create an environment where experimentation and the occasional failure are permitted and encouraged.  Failure is painful and our feelings about this pain confuse our understanding of its worth.  We must learn to separate the good and the bad feelings related to failure and accept it as a critical component on our journey to greatness.