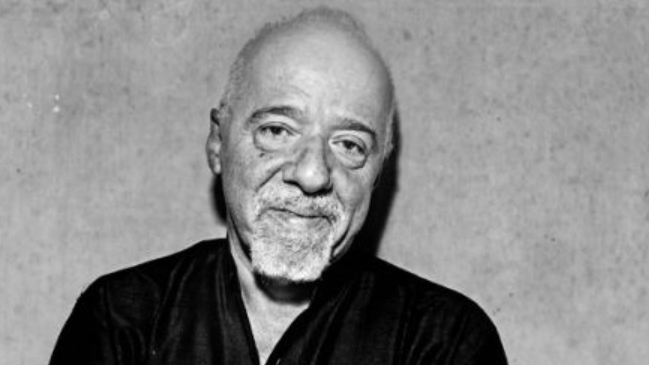 “The gigantic tension before the shooting of an arrow, and the total relaxation seconds later, is my way of connecting to the universe.”
- Paulo Coelho, Author, The Alchemist

Paulo Coelho was born on August 24, 1947, in Rio de Janeiro, Brazil. He was a rebellious teenager and his parents committed him to an asylum three times. When Coelho was 38 years old, he had a spiritual awakening in Spain and wrote about it in his first book, The Pilgrimage.  In 1987, Coelho wrote a new book, The Alchemist, over the course of one two-week spurt of creativity. The allegorical novel was about an Andalusian shepherd boy who follows a mystical trek in which he learns to speak the “Language of the World” and thus receives his heart’s desire. The book attracted little attention at first, until a French-language translation suddenly leapt onto bestseller lists in France in the early 1990s. New translations followed, and soon The Alchemist became a worldwide phenomenon. The book has sold, by Coelho’s count, roughly 35 million copies, and is now the most translated book in the world by any living author.

Below is a brief question & answer with Paulo that was originally published in the Independent.

My parents were… so desperate that I wanted to be a writer that they locked me in a mental institution three times. Thirty-five years later I wrote a book based on this experience [Veronika Decides to Die].

The household I grew up in… doesn’t exist anymore, but my childhood will never disappear.

When I was a child I wanted to be… a cameraman.

You wouldn’t know it but I am very good at… archery. The gigantic tension before the shooting of an arrow, and the total relaxation seconds later is my way of connecting to the universe.

You may not know it but I’m no good at… singing. However, every time there is a guitar around I will sing, and my real friends will tolerate it.

I wish I had never worn… an old hippie jacket, covered in patches and metal stars.

What I see when I look in the mirror… That I need to change the light bulb, as there is not enough luminosity (this has been going on for the past two years).

It’s not fashionable but I like… to sleep naked.

My favourite work of art… The Arnolfini Portrait by Van Eyck, the most important painting in the world. With all due respect, the Mona Lisa is overrated.

My favourite building… Chartres Cathedral, in France. Original stained-glass windows and a labyrinth that reminds me of the journey we take from life to death.

A book that changed me… Tropic of Cancer, by Henry Miller. It was while reading this that I discovered you need to use blood to write every single page.

Movie heaven… Once Upon a Time in the West, followed by Lawrence of Arabia.

The last album I bought… Sgt Pepper’s Lonely Hearts Club Band. I did not have it on my iPod.

My greatest regret… I don’t have one. I’ve done everything I wanted to do, even if I have had to pay a very high price – which has been the case most of the time.

My real-life villain… Fundamentalists – and you can find them in every single religion on this planet.

The last time I cried… I cry very easily. It can be a movie, a phone conversation, a sunset – tears are words waiting to be written.

My five-year plan… To continue to breathe.

“Remember your dreams and fight for them. You must know what you want from life. There is just one thing that makes your dream become impossible: the fear of failure.”

“Elegance is usually confused with superficiality, fashion, lack of depth. This is a serious mistake: human beings need to have elegance in their actions and in their posture because this word is synonymous with good taste, amiability, equilibrium and harmony.”

“The more in harmony with yourself you are, the more joyful you are and the more faithful you are. Faith is not to disconnect you from reality – it connects you to reality.”

“When you want something, all the universe conspires in helping you to achieve it.”

“I believe enlightenment or revelation comes in daily life. I look for joy, the peace of action. You need action. I’d have stopped writing years ago if it were for the money.”

“The gigantic tension before the shooting of an arrow, and the total relaxation seconds later, is my way of connecting to the universe.”