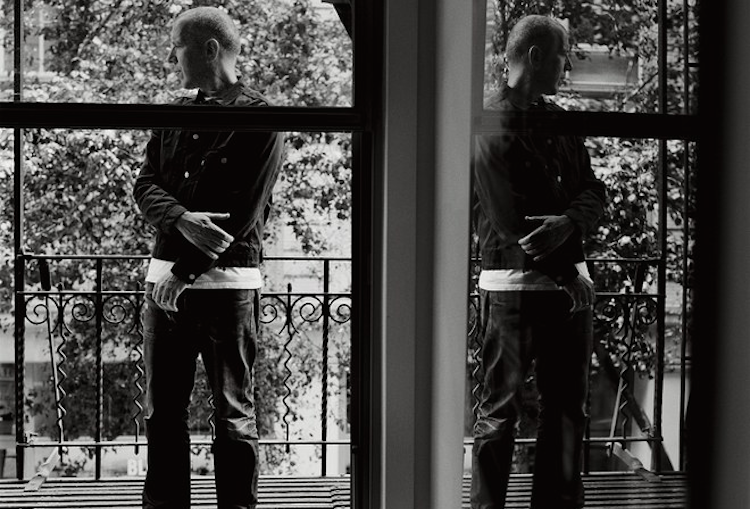 Founded in a small store located in downtown New York in 1994, James Jebbia’s independent label Supreme has become one of the foremost underground streetwear brands, boasting a cult following eager for it’s coveted range of tees, footwear and branded miscellanea. Produced in limited editions, Jebbia regularly collaborates with mainstream brands such as Comme des Garçons, Levi’s, Vans and Louis Vuitton. Past projects have included collaborations with high-profile artists such as Damien Hirst, Takashi Murakami and Richard Prince, as well as bands such as The Clash and The Misfits. These partnerships have helped propel the brand’s iconic status amongst youth counter-culture.

Operating a highly exclusive retail strategy, Jebbia only operates nine Supreme stores, with the first European location launched in London’s Soho. A British native, Jebbia first moved to New York in the early 1980s where he found work in SoHo-based clothing store Parachute. His first retail venture was Union NYC, which opened in 1989 and carried an experimental mix of mostly English brands. Following this, he partnered with pioneering streetwear retailer Shawn Stüssy from 1991 to 1994.

Alongside clothing and skating accessories, Jebbia has also released Supreme calendars, shot by renowned photographers including Larry Clark, and in 2000 partnered with Brooklyn Machine Works to launch a range of 24-inch cruiser bikes retailing at $1,800 a piece. The label’s first book, documenting its history, was released by publishers Rizzoli in 2010.

“I’ve seen that staying true to what you do best has played a major role in our longevity. I would like people to see that we’re a small, independent skate company that has done our own thing, in our own way, over many years, and will hopefully continue to do so.”

“if the project is really good and feels like a good fit, your approach is sincere and you’re not trying to screw anyone over, people are quite open to doing things, no matter how large or established they are.”

“The most important thing for us is having great products in the store that we hope people will like, that they buy, that sell out, and we keep it moving.”

“My thing has always been that the clothing we make is kind of like music. There are always critics that don’t understand that young people can be into Bob Dylan but also into the Wu-Tang Clan and Coltrane and Social Distortion. Young people—and skaters—are very, very open-minded . . . to music, to art, to many things, and that allowed us to make things with an open mind.”

“We can have a leather jacket for $1,500, and if it’s a good value, young people will understand that, but we also want to have the feeling that this won’t be here in a month. When I grew up, I think everybody felt that way. It’s like, If I love this, it may not be here, so I should buy it.”

“We’re not trying to overconnect ourselves. We’re just trying to show people things that we do—no different from what a magazine did 20 years ago.”

“Our formula is there’s no formula.”

“She’ll shop at Prada, she’ll shop at Chanel—and then she’ll shop at Uniqlo and she’ll wear something from Supreme. And it’s not ‘Look at me dumbing this stuff down.’ She’s just wearing what she likes, and I think that people are more like that now.”

“We’re making stuff we’re proud of, not doing stuff to stay alive. I don’t think enough people take risks, and when you do, people respond—in music, in art, in fashion.”