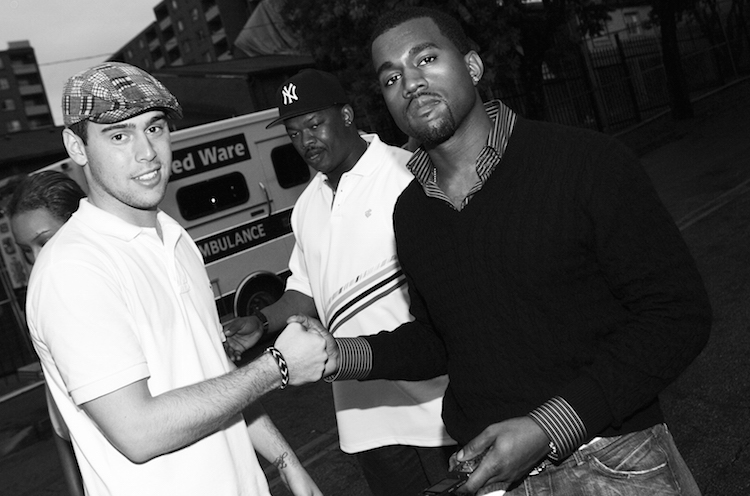 “I don’t think human beings were made to be worshipped, we were made to serve. I think we worship something upstairs whatever it may be, I respect anybody for their beliefs. But there is something bigger than us that can be worshipped. As human beings we are here to serve each other and that’s the only way we can keep our sanity. We hear all the time of something like ‘a Fortune 100 CEO killing themselves,’ and we are like ‘I can’t believe with everything they had they would kill themselves.’” But we are not surprised. But if I was to tell you ‘hey there was a lifetime volunteer at a soup kitchen who killed themselves.’ You would be like ‘that makes no sense to me, I have never heard anything like that.’” And it’s because people who serve don’t go crazy, people who give back don’t go crazy. And people who just take and take and take and are worshipped and are just receiving, they lose their mind….”
- Scooter Braun, talent manager & entrepreneur

Scooter Braun is a talent manager and entrepreneur. While he is widely known for discovering Justin Bieber, he also manages Kanye West, Ariana Grande, the Black Eyed Peas, The Knocks, and David Guetta among many others. Braun started his career as a party promoter in Atlanta when he was at Emory University. At the time, his stated goal was to “be a billionaire.” After about a month of being in business, he realized that “making five grand was really hard” and that being a billionaire was not a “reasonable thing.” He eventually was introduced to an older gentleman with a wife, kids, a small boat, and a nice home. Scooter went and sat down with him and asked, “how much [would it cost me] to have your life?” The man responded by giving Braun an “extremely high but reasonable number,” that Scooter “felt he could achieve.” So, he thought, “I am going to work to my fifties or sixties” to get to this number and have a “nice life.”

At the time, he was twenty years old.

Seven years later, he was driving by a car wash and his accountant called to notify him about a payment he just received to say “congratulations.” Scooter said thank you and hung up. Moments later, he called back and asked his accountant “how much cash do I have right now after taxes?” His accountant did some calculations and told him the number, which was higher than the goal he had set seven years earlier. Scooter kept driving and eventually called his father to share with him the good news. His father congratulated him, and Scooter replied, “But dad here’s the problem, I thought when I got here I would be happy.” But nothing had changed; Scooter’s life just continued, and that made him “incredibly depressed.”

Thankfully, his dad gave him “the best advice in the world.” He told his son to hang up the phone and think about when he was last genuinely happy and then call him back. Scooter pulled over his car and thought about it for a few minutes. He then called back his father and said, “ok it’s going to sound crazy, but [I am happy when] I am just sitting at night and hanging out with my boys [kids], when I am playing ball, get hot on the court and hit a couple of threes in a row, when I go to a children’s hospital, when I am answering somebody randomly back on Facebook.” His father responded, “Look where you are now, you are in a place where you can have [real] success. Success is the freedom to do the things that you actually love. So implement more of those things into your life and you will get happiness. And as you get more money you can implement more and more and more and more.”

This led Scooter to the following conclusion: “It goes back to what I said before about serving. At the end of the day I am happiest when I am participating with other people… I have had lots of amazing happy moments before I made any money. And the more moments like that the happier I am. What I realize is [as] we get older we get in this place where we have to provide. And we got to go to a job every single day and that’s why we start to get broken down. Because we are taking more and more time away from what actually makes us happy. And then we get to a place where you made some money, and you’re continuing in the rat race, and you’re like what the hell did I do this for? I want people to have the perspective that you can make a lot of money or not make a lot of money, but that doesn’t define your happiness. Your choice of balance in your life decides your happiness, your choice of how much you want to give to others, the choice of friends and family you want to spend time with. If you make the conscious decision to do that anyway… You can implement more of that in your life right now.”

You are here to serve a purpose beyond yourself.  To discover what you excel at and enjoy and then apply your energy to help others more than yourself.  When you evolve your thoughts, intentions, and actions to apply this philosophy not only will you be fulfilled, but your world will open up in ways you could never imagine.

The following quotes were taken from Bill Simmons interview with Scooter Braun.