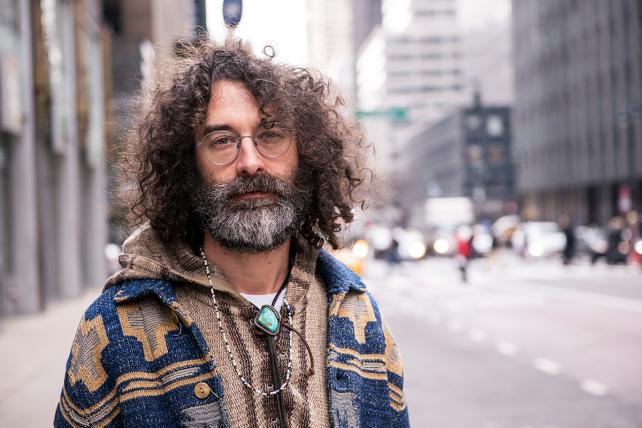 ““do what you have to do to do what you want to do.””
- Harry Bernstein

“I began my career in traditional advertising. In ’99, I worked at Ogilvy & Mather, which is a very big ad agency, working on clients like IBM and AMEX. Very blue chip stuff. Then I quit doing traditional advertising, and worked at Berlin Cameron which, is a small, traditional advertising agency, working on things like Boost Mobile. We did a lot of stuff with rappers, Young Jeezy, Fat Joe, Eve. I did Vitamin Water’s first TV campaign before they were bought by Coke. My final big client there was Belvedere Vodka, and I did a campaign with Vincent Gallo. After Belvedere, I wanted to try something different. I was actually in Atlanta with Young Jeezy, we were talking about Belvedere, and he was like, ‘Harry, my fans don’t care about ads. My [followers] look at me in the club. [Me] drinking Belvedere in a club—that’s going to do more for you than a TV commercial. They want what I do, not what’s in these ads.’ I thought, ‘Oh, that’s interesting’. I had never thought of it that way.”

“identify trends in consumer behavior and align brands with them. Building brands within culture, not outside of culture.”

“build a life that creates the opportunity to do great work.”

“what you put in, you get out”

“Without meditation, I think you are just a robot. You aren’t absorbing anything, you’re just reacting to messaging being pounded against your eyes, ears, nose, mouth and tongue. Focusing on that, and grounding myself; things start to stand out more.”

“ideas come in the doing, learn it, to know it.”

“Build your own world. I don’t care about the numbers game…. Most of the people copy and emulate to get popular. As a young professional creative, don’t go for the numbers, create your own point of view.”

“I graduated from the School of Visual Arts in NYC. I learned a lot, but the one thing that was the core to my growth was I interned for two years my junior and senior year; with this designer whose name is Michael K. At the time, he worked at Little, Brown Books doing book jackets. Now, he runs a design arm of Mother. He was my mentor. I literally worked for him consistently for two years as an intern. I got more out of my internship then I ever got out of school.”

“I really feel like you need to connect and have a creative mentor where you want what they have creatively. But not copy them! My path is completely different than his; couldn’t be more different. He was book jackets. He does branding and logos. Obviously, when I worked for him I did what he did. [My best advice is] have a mentor. Intern. Apprentice. Work under someone. Going to a really cool art school or a really great school for graphic design [is good], but having that [mentor] is so much more valuable.”

“Color became more important to me once my son was born. I got this Grateful Dead tie-dye [tee] from 1988. I just adored it, and then the pandemic of tie-dye happened. I still love it; I was literally wearing it yesterday. But I felt like people were like, ‘Oh, is he jumping on a thing?’ That was a let down. I have a Yves Saint Laurent tie-dye shirt. They’re good for layering over those t-shirts, adding another layer of color.”

“I started to hear about bloggers, and social media started to happen very slowly back then. I found this organic vodka that wanted to launch in America, [Kanon], and the idea I pitched was that we would work with bloggers. We created this program called, Friends of Kanon, and began working with Man Repeller, Facehunter, Rumi Neely, Bryan Boy, Glamourai. Everybody.  We did the Alexander Wang after party. We partnered with Milk, and would create content that would live on the Kanon Vodka Blog. We were always a character in the story.”

“When Instagram launched, we began doing social media strategies for brands. That is what we do today. We still regularly work with influencers, and we focus on building social tone and strategy for brands. We are creating content, doing posts, doing community management. We’ve got a pretty wide range of clients, from beverages like Zico, to retailers like Bloomingdale’s, to lifestyle and street wear like Adidas Originals, to beauty brands like Nars, and hospitality brands like W Hotels.”

“I feel that it’s so hard to predict [the future of digital], because what’s familiar to me, and what is going to be familiar to my son Lorenzo—his ability to understand media, digest it, produce it—is going to change so rapidly. The connectivity that we see in Gen Z; they aren’t building huge audiences. Their goal, through [things like] Snapchat is just always communicating all the time with their peers.  This digital connection thing, I think, is way more powerful than an old school idea of what I do for brands, building audiences. I do think it’s more about this one-to-one connection. There is always going to be fame and people [who] need to have idols; there are always going to be bloggers and celebrities. What attracts people to Snapchat is not the scale, it’s about the moment of connection and its speed. I’m curious where that is going to go.”

“[I used to dress like the] embarrassing, obvious, [wearing] all black creative director. Like I said, with the birth of my son, my obsession with color shined through. The first time I went to Hawaii was with my fiancé, because she was born and raised there; [and this] bohemian, more hippie vibe began to evolve out of that. I was raised in Queens, New York, and I’m not from a tropical place. I meditate; I have a spiritual practice in my life. Those experiences affect me. I guess I’d call it a hip hop clown vibe. Streetwear clown. It’s fun, it’s colorful, it’s poppy, it’s baggy, it’s urban; but I try to not take myself too seriously.”