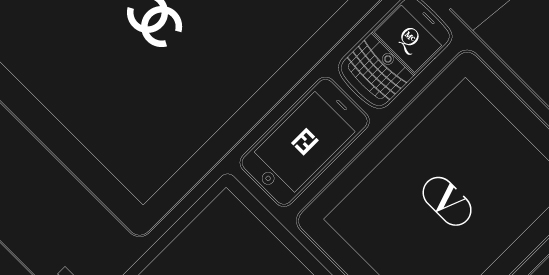 “I realized if Gucci needed this there would be hundreds of other luxury brands that would need these services too.”
- Tony King, King & Partners

It was the early 2000s and the feeling, service, and eye-popping stores that made brands like Louis Vuitton, Gucci, and Chanel extraordinary had yet to arrive online. A couple of years earlier, a young Brit named Anthony King had convinced the London-based agency Online Magic to move him to New York. While he spent his days working on websites for companies like British Airways and Compaq Computers, his nights and weekends were spent at clubs and restaurants downtown. Many of the friends he made were in the fashion industry. Eventually, Tony, as he’s known today, started helping out his friends on the side. He’d translate their fashion businesses and portfolios into websites, explaining to them the ins and outs of the digital world.  One day his side projects would find their way onto the screen of one of the higher-ups at Gucci Group and he was asked him to come in for a meeting. After a few discussions, Tony was offered to come on board full time to develop Gucci’s first foray into e-commerce. Tony jumped at the opportunity.

Tony’s boss, Rick Swanson, had gone to Tom Ford and Domenico De Sole to convince them to begin testing e-commerce. They obliged by allocating a minuscule budget, just enough to build a simple website with no automation. There was no live inventory, no live payment system, no shipping updates. Tony and a few young employees were the only glue holding it all together. Beyond making sure it worked, the real question was, with so few resources, how could they make the experience luxurious? How would it live up to the Gucci brand promise? As Tony explained many at Gucci Group thought the Internet was “below brand.” The answer was a brilliant insight born out of necessity, “online personal shopping.” Tony came up with a way of taking the negative—no budget and no real tech—and turning it into a positive, high-touch personal service through a digital platform.

A couple of months later, Tony’s insight became a reality.

The new Gucci e-commerce site went live early in the morning. The only marketing done was an e-mail to the internal team. For hours, nothing happened. Tony and the team just sat there sipping coffee, staring at the screen, and waiting. A little after noon, just about four hours after their launch, an e-mail came through. The subject line said, “Gucci Order number 0001 Inventory Check.” The first order had arrived. Tony raced down to the stockroom and checked whether they had the item available. They did! He ran back up the stairs—as his team would start doing regularly—and approved the order. The card was charged and the order was packed and shipped. Gucci was officially online. While it felt great, Tony had no idea he had just been part of the birth of luxury e-commerce, and that in less than a decade, the luxury e-commerce segment would be doubling annually, with revenues in the tens of billions of dollars.

Less than two years later, Tony left Gucci to start his first agency, CreatetheGroup. He “realized that if Gucci needed this there would be hundreds of other luxury brands that would need these services too.” And he was right. He left on a Friday and started the agency the following Monday. It was a success from Day One. The economy was booming and everyone was struggling to understand e-commerce and differentiate themselves online. Gucci would eventually become a client, along with globally recognized brands like Topshop, Marc Jacobs, Balenciaga, David Yurman, Calvin Klein, AnOther Magazine, Tom Ford, and Fendi. The agency grew quickly; maybe too quickly. They went from nothing to a four-story office in downtown Manhattan in three years. Growing right into the 2008 financial crisis. To survive the crisis, they had to cut staff, double the workload of current staff, and, in 2009, they brought outside investors into the business. While the agency weathered the storm of the crisis, Tony was rapidly becoming disillusioned. He wasn’t having fun. With so many clients and a high overhead, he was doing less of what he loved. His partners wanted growth, while he wanted to continue to innovate, connect with his clients, and do great work. His last projects for the agency would be Nowness, a widely recognized content platform for LVMH, and Burberry’s digital presence, which ended up helping them become one of the leading digital brands in the world.

When that was over, Tony walked out. He was burned out and confused. He negotiated the sale of his shares and spent a couple of months thinking about his next move.

When he finally cleared his head, he realized the Nowness project had represented a coming shift. With the rise of social media, he felt content would be a critical part of a brand’s presence in digital 2.0. And with the definition of luxury changing from exclusive to experiential, Tony wanted to be able to impact more than just digital. He wanted to be able to effect all aspects of the brands he worked with, and the only way he could do that would be to build an agency that controlled both the creative and the technology. By doing that, he would be able to maximize their impact on the customer experience and demonstrate results to clients with real conversion.

King & Partners, his next agency, was born in 2010. Tony and his partner, Inii Kim, were the only employees to start. Their focus would be on marrying creative and technology to build seamless customer experiences that convert. Tony once again saw this development before his peers. Since 2010, King & Partners has worked with hospitality companies such as EDITION, Faena, and Auberge, real estate companies such as Hudson Yards and Domino Park, and continued work in the world of fashion with brands like Phillip Lim, Victoria Beckham, and KENZO.

While technology has evolved exponentially since Tony’s days at Gucci, luxury is still dependent on a brand’s ability to create a fantasy. That can only happen when every detail of the customer journey is reinforcing one message—most importantly, the discordant details like the design of the e-mail you get when your package is shipped, the way a home page scrolls, or if the logo is the same on the website, printed materials, packaging, and clothing tags. All these elements determine how significant a brand can become and how far your customer will allow you to take them into your fantasy. This is why brands like Gucci, Apple, and Disney can create worlds of their own and this is why agencies and creatives like Tony King and his team must be empowered to impact all aspects of the customer experience from digital to physical.  That future is now.