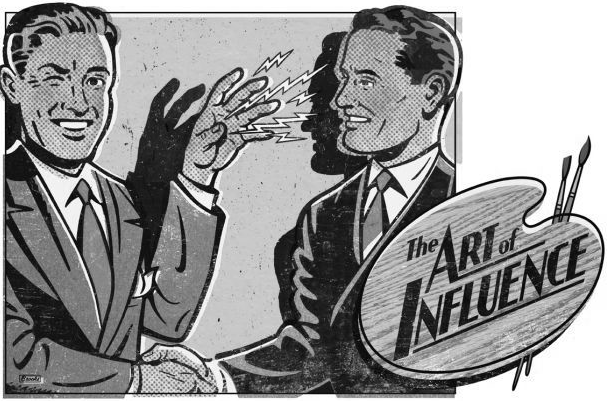 “If you're in business, you are in the business of influence.”
- Philip Sheldrake

When I was first appointed chief marketing officer of a hotel company, I was presented with an interesting situation, one I’m quite sure many marketing professionals have experienced in some form over the last five to ten years.

It was Fashion Week in New York City, and we’d allotted a small budget to offer complimentary rooms to some social influencers. It was 2014, and this type of marketing wasn’t as common as it is today so we didn’t pay any fees and as a rather large hotel the lost potential revenue was minimal, maybe ten thousand dollars max. The influencers were engaged through the relationships of our head of social media. We invited fifteen, ten accepted and they stayed for a 2-3 days each in exchange for multiple daily posts showcasing the property.

During the same week, another one of our hotels was featured on the Condé Nast Traveler Gold List as one of the best hotels in the world. For years, this list was paramount to high-end guests discovering and paying a premium for your property.

The entire executive team of the company was ecstatic at the hotel’s inclusion on the Conde Nast list. High fives! Congratulations all around! While no one made a single positive comment about the ten influencers we were able to get, at a minimal expense, to stay at our hotel. We’d spent tens of thousands of dollars on public relations agencies to be included on that Condé Nast list and less than 10% of that cost to acquire those influencers. Now, at the time, Condé Nast Traveler had about 300,000 followers on their Instagram feed and a rapidly diminishing print circulation, while the ten influencers had well over 10-million-and-growing engaged followers on their social media platforms and they didn’t just post once, they posted multiple times daily on their channels. And they weren’t the average local bloggers either, these were the OG’s like Aimee Song (@songofstyle) who boasts 4.9m followers on just her Instagram channel alone. Unfortunately, at the time, we didn’t have the digital analytics in place to measure the effect—i.e., traffic and bookings—of both channels. 100% my fault. While I’m positive both added significant value, I believe the return on investment from the influencer posts was significantly higher considering the cost, amount of followers, engagement levels, clickthroughs, and reposts. I can and have proven these types of hypotheses since then, but without a doubt there is a general lack of understanding and rush to judgement amongst the business population as to how influence works.

This experience is a prime example of how marketing has changed in the Age of Ideas. While it’s unclear who has the power at any given moment, it is clearly shifting toward New Media. But while New Media has weakened Old Media, the traditional methods are not entirely useless or dead. You need a bit of both. But instead of trying to understand every new platform, I think understanding influence the best place to start. Influence isn’t a new concept born from influencers. All advertising and marketing has always been based on influence. It’s why we used to buy full-page magazine ads, TV commercials, and vie for the attention of magazine editors. In the past large organizations had all the influence, but with the democratization of communication and technology that influence has been fragmented. There has been a shift in who has the influence and without a doubt this will continue to evolve. While some influencers are highly valuable, some are not. While some magazines and newspapers are highly influential, some are not. As marketers and entrepreneurs it is our job to build our owned influence. And you do that by spending your money where the highest influence per dollar spent lies and by establishing a strong direct relationship with your audience.

In an ever-changing landscape, the best way to build influence is through a direct relationship on platforms you own, like a website or email newsletter. Secondary platforms like social media, Amazon, or YouTube are amazingly impactful as well, especially for building awareness and finding new customers, but you are also at the whim of the company running the platform. The more direct a relationship you have the more you control your influence, and the less dependent you are on middle-man that will eventually cost you money and dilute your message. Remember a platform is there to generate profits and please all users, not just serve you and your needs.  Shareholders will eventually force publicly traded platforms to monetize.

In the Age of Ideas influence equals freedom. The more you have the more opportunities you will have to create value for yourself, your partners, and your audience. This thought must be paramount in every interaction you have with your followers, if they trust you and engage with you then your influence is growing.  This is critical to your success in the modern paradigm, no matter your pursuit.