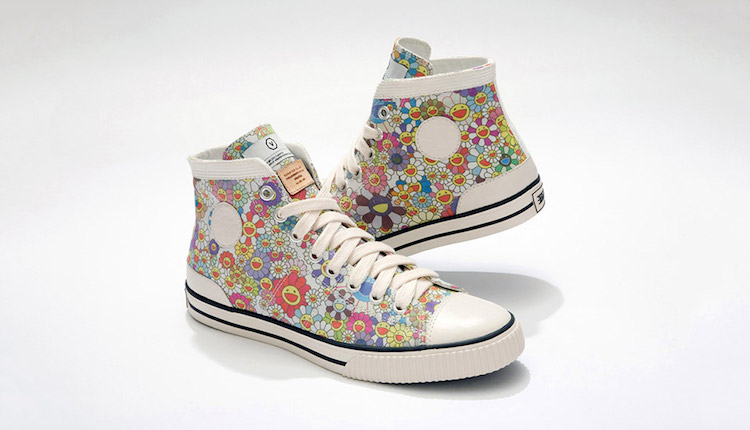 “Japanese people accept that art and commerce will be blended; and, in fact, they are surprised by the rigid and pretentious Western hierarchy of 'high art.' ”
- Takashi Murakami

On the surface, art and commerce aren’t clearly connected; if anything, they seem at odds with each other.

Art is the expression of human creativity and imagination, which produces works to be appreciated primarily for their beauty. It’s emotional.

Commerce is the activity of buying and selling, particularly on a grand scale. It’s black and white: either a purchase is made or it isn’t. It’s practical.

Prior to the industrial age, commerce was all about fulfilling a need. For example, you need to eat food for sustenance. Therefore, I’ll sell you a piece of bread or a glass of beer to satisfy your need. This transaction had no art—one person had the bread or the beer, and the other had the money to pay for the sustenance to survive.

But as time went on, art crept into the equation. There were no longer only one, two, or three entities selling bread or beer, there were dozens, then hundreds, and eventually thousands. And the ones who sold the most made it about more than just fulfilling a practical or commercial need. They took it personally, infusing human creativity and imagination—aka art—into the creation and sharing of their bread or beer.

For example, Wonder wasn’t the only industrially produced bread in 1921; it was the only one that was “enriched” with vitamins, pre-sliced, and inspired by the “wonder” of the International Balloon Race at the Indianapolis Speedway. Anheuser-Busch wasn’t the first brewery in the United States; it was the first brewery to truly benefit from communicating the advantages of pasteurization, extensive beer bottling, and refrigerated rail cars through advertisements and giveaways such as bottle openers, calendars, and corkscrews. One of these advertisements was a lithograph by St. Louis artist Cassilly Adams. Over a million copies of the print, Custer’s Last Fight, were distributed, and it’s known as “one of the most popular pieces of artwork in American history.”

The infusion of art into commerce continues in the modern market. Just think how many artisanal bakers and craft breweries pop up and spread this concept every day. And in our new age, art is more powerful than it has ever been.

Why? The ability to reach customers is more cost effective than ever—therefore the intangible and emotional elements have become the key differentiating factor. There are plenty of places to purchase a great spicy tuna roll, but are there’s only one Masayoshi Takayama. According to his website, “Masayoshi Takayama’s appreciation for food started at a young age, growing up working for his family’s fish market in a town of Tochigi Prefecture, Japan. From his early years of delivering fresh sashimi to neighbors on his bicycle, to prepping and grilling hundreds of fish courses to cater weddings in high school, his relationship with food has always been a way of life.” That’s the beginning of a story that makes Takayama’s sushi different and special—that makes it art. And that art is what induces people to pay $600 per person in his New York restaurant for a chance to try it.

Creators must deeply believe in what they’re manifesting in order for others to believe. Today’s term of choice for this conviction is authenticity. Walk into any boardroom nowadays and you’ll hear executives asking how they can make their products or services more authentic. The challenge is that there’s no way to be authentic without actually doing something that’s genuine. You must believe in what you’re creating and sharing with the world. Authenticity is exactly that—the point at which you manifest your deep beliefs into something tangible. Therefore, in the modern market there’s more value than ever placed on the level of belief that creators have in their creation.

The art world gives us a perfect example of this. When artists start out, no one knows who they are or what they do. Despite this, they start manifesting their vision. A painter begins painting and sharing those paintings with the market. Maybe she sells a couple at a low price, or maybe she can’t sell any. So what does she do? Somehow she begins to share the story behind her art. Why does she paint? Where did she come from? What’s her inspiration? What’s the meaning behind her work? Why does she need—not want, need—to paint? And over time people hear her story: some connect with it and others don’t, but the ones who do connect, who see a reflection of themselves in her story, become her tribe. Maybe eventually she gets a gallerist, manager, patron, or publicist, and they share her resonant story with even more people, growing her tribe. Then what happens? Though the paintings are the same, by combining the work with an authentic, resonant story, our painter magically creates value and demand for her art grows.

The value of story—of creator reputation—was vividly demonstrated in a social experiment conducted by the street artist Banksy during a 2013 New York residency. This is an artist whose work has sold for as much as $1.87 million at auction. Banksy erected a street stall on a sidewalk bordering Central Park and had a vendor sell his prints for sixty dollars each. He then posted a video of his experiment. Footage from a hidden camera captures some of his most iconic images displayed on a table. Tourists and locals meander by. His first sale doesn’t come for hours. A woman buys two small works for her children, she explains, negotiating a fifty percent discount. Around four in the afternoon, a woman from New Zealand buys two more. A little over an hour later, a Chicago man who “just needs something for the walls,” buys four. With each sale, the vendor gives the buyer a hug or kiss. At 6 P.M., he closes the stall, having made $420. In June 2015, one of these stenciled prints, Love Is in the Air—an image of a masked protestor throwing a bouquet of flowers—sold for $249,000. How much of the value of Banksy’s art is tied up in his name, his global brand?

Visual art is a compelling illustration of the power of story because art serves no practical purpose. Its value doesn’t grow because more people need paintings, like we need shovels after a blizzard—it grows because people connect with the artist through the art. The combination of the work and the story make them feel, and when that happens, people take action to satisfy their emotional need—in this case, desire—by buying and sharing the art. And it’s occurred this way since the beginning of time, except now the art—the intangibles—have more power than ever before.