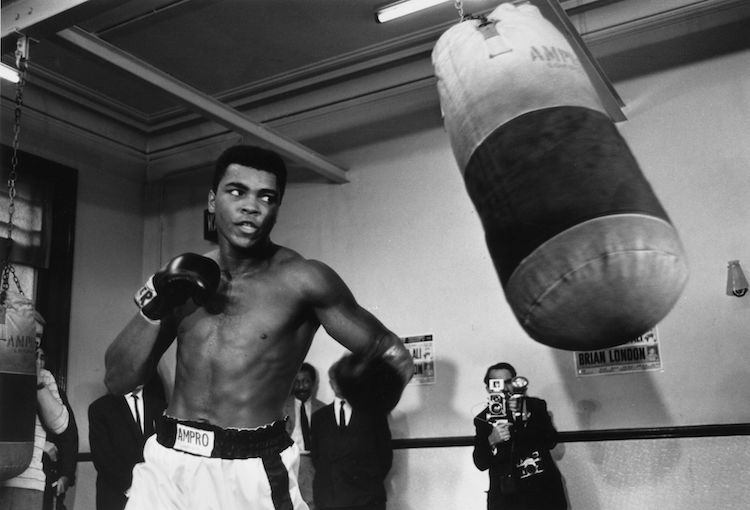 “It's the repetition of affirmations that leads to belief. And once that belief becomes a deep conviction, things begin to happen.”
- Muhammad Ali

An earworm is when a catchy piece of music continually repeats in your mind long after it’s stopped playing. It happens to at least 90 percent of people at least once a week. You hear a song playing over and over again on the radio, or you sing it over and over again while putting your kids to sleep, and then, when you least expect it, you find yourself uncontrollably humming the tune. I remember a particularly intense bout of earworm from my freshman year of college. The song “Ghetto Superstar” had just been released, and I was at a house party where it played on repeat for three hours straight. A bit intense, I know, but that Mya hook was intoxicating. My experience at the party, combined with repeated radio play, and “Ghetto Superstar” became an inescapable melody in my mind.

Inside jokes play out similarly. My close friend Josh Shames has a distinct expertise in turning annoying inside jokes into timeless classics. He starts by coming up with a joke or saying something he thinks is amusing, such as shouting “herry up” after every single request he makes: “Can you get me some iced tea and throw a bit of hurry ep sauce on it.” When he first says it, you think he’s annoying, rude, and slightly off-kilter. But then he keeps saying it, over and over and over again, and it grows on you. By the thirtieth time, it starts becoming part of your lingo. All of a sudden, you’re accidentally using his joke, telling your mom to “hurry ep” with dinner. By the fiftieth time you’ve made it your own, you begin to find joy in repeating it, and you can’t stop. It’s his particular brand of humor, and his consistency and repetition makes you eventually love it too.

These are very basic examples of the power that lies in repetition and consistency.

Repetition is the performing of an action over and over again. Messages can only break through to our deeper consciousness when they’re repeated. As Schopenhauer said, “All truth passes through three stages. First, it is ridiculed. Second, it is violently opposed. Third, it is accepted as being self-evident.” The only way to get past ridicule and violent opposition is to practice repetition.

Consistency is when the delivery of a product or service doesn’t vary greatly in quality over time. Every great brand and product is consistent. The practice of brand management is actually defined as managing what makes you consistently different. Name any product you think of as great and you’ll realize the consistent delivery of their promise is what makes the product that way. Starbucks? Coca-Cola? Google? Mercedes? Apple? Supreme? Your favorite breakfast spot. The reason you purchase these products is because they’ve consistently met or exceeded their promise over time. If your Coca-Cola didn’t consistently taste the way you expected it to, or Google didn’t consistently provide the search results you were looking for, you’d find another product that did.

Brands, products, and people can only manifest their full potential when they’re able to combine repetition with consistency. This the final secret to unlocking your magic. You must show up every day and reinforce what you want the world to know about you. Just like my old friend Josh Shames or your local pop radio station, you must repeat your message consistently until your audience begins to embrace what makes you different.

On a similar note, this week’s sermon marks the one-year anniversary of The Rules of Magic newsletter. I hope you’ve been enjoying the process as much as I have, and I’m looking forward to sharing our book, The Age of Ideas: How to Unlock Your Magic in Life and Business, with you in 2018.

Thank you so much for your ongoing support.