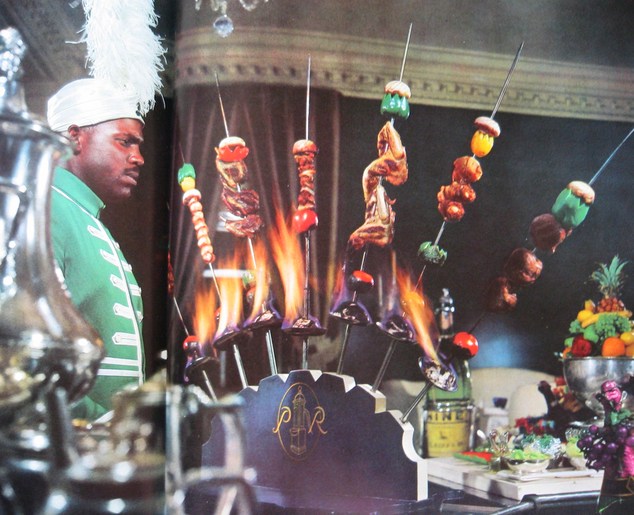 With dining becoming the new theater, can you sell tickets to your show?

A couple of years ago, I embarked on a journey into the world of pop-up restaurants. After almost a decade of consulting, I decided it was time to take on a project that was a pure representation of my passions: food, wine, and creating unique hospitality experiences. Not to be held up by things like good sense, I decided to take a shot and started planning the event that would eventually change my life.

Despite the adrenaline rush, reality kicked in and I realized this pop-up was personally costing me $50,000. If no one showed, this passion project would come dangerously close to putting me out of business. So I gathered my troops and posed a question: How could we de-leverage this situation and guarantee ourselves a success?

Over the past few years, the world of food has grown in ways we have never seen. Chefs, butchers, farmers, and fast-food founders are suddenly just as interesting as rappers and rock stars. It seems that in 2013, if you have anything to do with the production, preparation, or serving of food, wine, cocktails—even coffees—you are one review away from celebrity status. With all of this attention comes tremendous demand from customers for the best seats to watch the latest culinary phenom in action.

Airlines and hotels use revenue management to maximize returns from the high times and ensure sellouts when demand is low. So why has this discipline not been applied to restaurants? It seems that lack of infrastructure and affordable technologies have been a barrier up until recently. But with the growth of restaurant exposure and introduction of less expensive technologies, it is now possible to apply simple and complex revenue-management solutions to the restaurant business.

The most famous example of this comes from celebrity chef Grant Achatz and his Chicago fine-dining restaurant Next. Achatz, a famed molecular gastronomist, achieved such incredible success with his first restaurant, Alinea, that he decided reservations for Next would only be available as pre-sold tickets. Next sells tickets for specific dates and times in a fashion similar to a theater, concert, or sporting event. According to the FAQ section of its website, “By eliminating no-shows, requiring pre-payment, and varying the price by time and day, we are able to create a predictable and steady flow of patrons, allowing us to offer a great deal more than would otherwise be possible at these prices.”

Not only has Next taken the guesswork and inherent risk out of the restaurant business, but there is also a secondary market of scalpers who sell their tickets on eBay and Craigslist. The restaurant even has season ticket holders, a genius way to allow high-level customers to secure the best tables. Achatz is not the only restaurant operator with this model. David Chang’s Momofuku Ko has an online reservation system that releases daily reservations 10 days in advance through its website.

When you combine these restaurants with the food festivals, pop-ups, and chef dinners that have sprouted up in the last few years, you begin to see a paradigm shift. Consumers are willing to pay in advance to get access to the food and experiences they want, and to pay a premium price to get access when they want it.

So how do you apply this phenomenon to quick service? Well, if you have the demand, you experiment with ways to maximize your returns. Instead of discounting to get customers in the store during slow times, maybe you raise the price a nominal amount during peak times to increase margins. Fifty cents extra on 500 orders a day for a year will add up really quickly. If you don’t have the demand, you can create it by marketing special menu items only available through your website, or host a tasting party with a local culinary personality and offer tickets only to your best customers. Another option is to reward your most loyal guests with pre-paid memberships that include perks, like a breakfast VIP card, which could capitalize on demand by allowing them to pre-pay, pre-order, and skip the line during the breakfast rush. Are you listening, Starbucks?

The applications for revenue management and ticketing are endless for the creative operator, and benefits exist for both the business owner and the consumer. From discounters like Gilt and Groupon to new websites, POS systems, and iPad applications, technology startups are working fast and hard to become leading service providers and to share in your increased profitability.

That said, technology is wonderful, but nothing sells tickets better than putting on a good show.

FOOD CONCEPT: Rather than serve one type of cuisine, Next changes its style every few months, focusing on a different time period and part of the world for each “season” of its menu. Menu themes have included Paris 1906, Thailand, and Childhood.