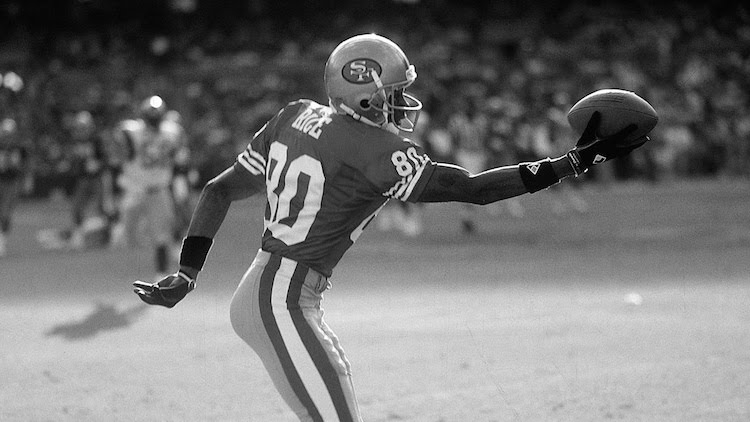 Ego has brought down everyone from world leaders to gym teachers.

And you’re no different.

Your ego, as defined by Ryan Holiday in his book Ego is the Enemy as “an unhealthy belief in our own importance.” It’s the selfish, immature child in us all, stamping its feet and demanding what it wants or deserves. More accurately, it’s a story we’ve made up to define ourselves, the one in which we leave out the failures, challenges, and defeats, and focus only on the triumphant successes that combine to make us the incredibly special person we believe we are today.

Ego shows itself at all points in your journey. Whether you’re just starting out, a seasoned veteran, or experiencing a life-altering success or failure, at each point, your ego makes it more difficult to see and accept the reality of your situation.

There may be no greater example of ego in our society than the NFL wide receiver.

Undoubtedly the divas of their sport, every season we delight as we watch up-and-coming mega talents unable to handle their newfound success and quickly fall down the slippery slope of ego. There are classic ways their egos manifest: fights with coaches, negative media comments about their quarterback, writing books with titles like Just Give Me the Damn Ball, and even changing their names and starring in reality-TV shows. While that may be entertaining, it takes away from the proper focus on being great at what they do: running routes and catching footballs.

There are no bigger wide-receiver divas in recent history than Terrell Owens and Randy Moss. Both were great, placing second and third in career receiving yards and touchdowns. Yet despite their natural talents and advantages, neither came close to being the greatest receiver of all time, mainly due to ego. Terrell Owens exhibited his issue perfectly, saying, “I don’t see outside of me.”

The greatest receiver of all time was Jerry Rice. He didn’t spend his career complaining about his coaches or teammates; Jerry Rice spent his career doing the work. His work ethic was legendary. He holds the lead in almost every major statistical category. His 303 games are by far the most ever played by an NFL wide receiver, the most by any player not a kicker. His work ethic showed in his dedication to conditioning and running precise routes, with Coach Dennis Green calling him “the best route runner I’ve ever seen.” Rice was known for running “The Hill,” a long, steep hill in Edgewood County Park & Natural Preserve, that’s “two and a half miles up” every single day. While Terrell and Randy spent hours complaining, Jerry Rice spent those hours training, and that’s what made him the greatest of all time.