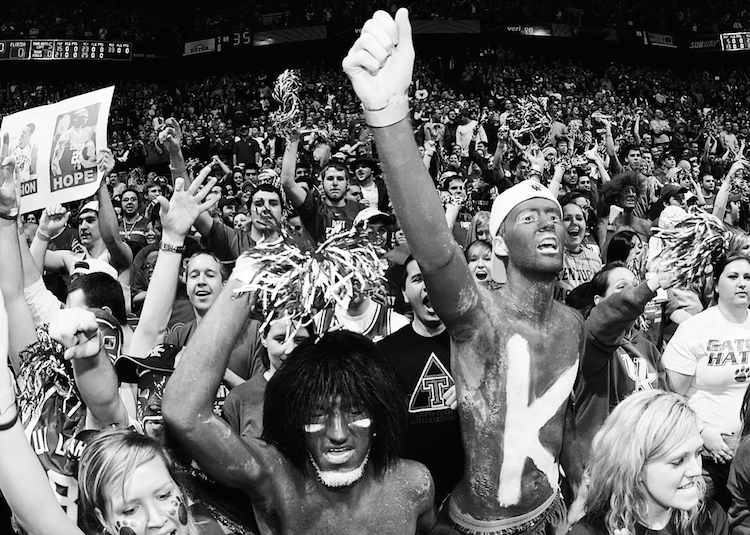 “Making money is art and working is art and good business is the best art.”
- Andy Warhol

Last Friday I was sitting in the back of an Uber on my way to work. As usual, I was scrolling through the day’s news, my various social media accounts, pictures of my wife and kids taken from the weekend, and then it popped up: a push notification from my various news sources, “Amazon buys Whole Foods for $13.7 billion dollars.” The moment I saw it, I actually cheered out loud, as if Jeff Bezos just hit the game-winning shot. I was so excited, I immediately started engaging the driver in conversation: “Did you see this, sir? Amazon bought Whole Foods! Isn’t that amazing!” He looked kind of confused, but I was unfazed. I followed that up with text messages to some of my friends, and as I walked into work there was a skip in my step and I stopped in a couple of my co-workers’ offices to converse about the incredible news. The deal seemed brilliant, a game changer, a chess move by the scariest company on the planet, upending another industry while they define the future of commerce.

But why was I so excited? I don’t work for Amazon, I don’t work for Whole Foods, and I don’t own stock in either. The only real advantage to me in this equation is the ability to buy my organic groceries more easily and cheaply through the Amazon platform. While this may slightly improve my day-to-day existence, it’s nowhere close to being in line with the level of joy I was experiencing, and I wasn’t the only one. My social feeds were teeming with articles, jokes, and commentary; finally, something had overtaken the endless stream of Trump. I started thinking and realized the only other time I’d felt this way about something so removed from my day to day life was when I watched a sporting event I really cared about, like Michael Jordan in the NBA finals, Tom Brady in the Super Bowl, or the US swim team in the Olympics. Amazon’s triumph, its otherworldly achievement, is no different from the triumph of the Golden State Warriors or New England Patriots. Except business is an infinite game that’s played all day, everyday, providing its fans with an endless supply of personalities, drama, and strategy. And even better, it doesn’t discriminate, so everyone can partake; don’t like tech? watch fashion, hospitality, or finance. Whatever your taste, there’s a leader or company you can root for. When you combine that with the ubiquity of media and the rise of start-up culture, business becomes the best spectator sport in the modern world.

And just like the best spectator sports, everyone can play. Even better, with the democratization of technology platforms, unknowns are rising to superstardom on a daily basis. Think of it this way: Start-ups or young executives are like prospects, college basketball or AAA baseball players. Getting funded or promoted is like getting drafted; the establishment is betting on you, but no one knows if that bet will pay off. When and if you reach the C-suite or have a valuation in the tens of millions of dollars, you’re an all-star; the question is, will it be just for one season or will you be a perennial player in the big game? And finally, there are the select few, the G.O.A.T.s—Steve Jobs, Bill Gates, Warren Buffet, Mark Zuckerberg, Richard Branson, Oprah, Elon Musk, Amancio Ortega, Sheryl Sandberg and many more —these are the ones who truly change the way the game is played. And don’t forget the venture capitalists and headhunters; they’re the agents. No different from the ones negotiating for Kevin Durant or LeBron James, the best ones are out there building relationships with talent and supporting their journey to greatness.

While business is a defined profit-seeking enterprise or concern, in the age of ideas, it’s become alchemy. At their best, businesses and their leaders are the alchemists, creating through seemingly magical processes. How did Amazon become so ubiquitous? How did it achieve such immense scale? How does Apple make its products feel and act like your friend? How will Facebook and Zuckerberg maintain, grow, and empower the billions of people on their platform? How many of the unicorns will survive the next decade? How did those developers transform that neighborhood from low-income to creative destination? Yes, the profits these businesses generate are impressive, but it’s the emotions they engender, the excitement we all feel as we watch them and ourselves try, succeed, fail, and try again to create the future, to make a difference, that makes the sport a must watch. Business is the greatest drama of our time, and I, for one, can’t wait for the next episode.