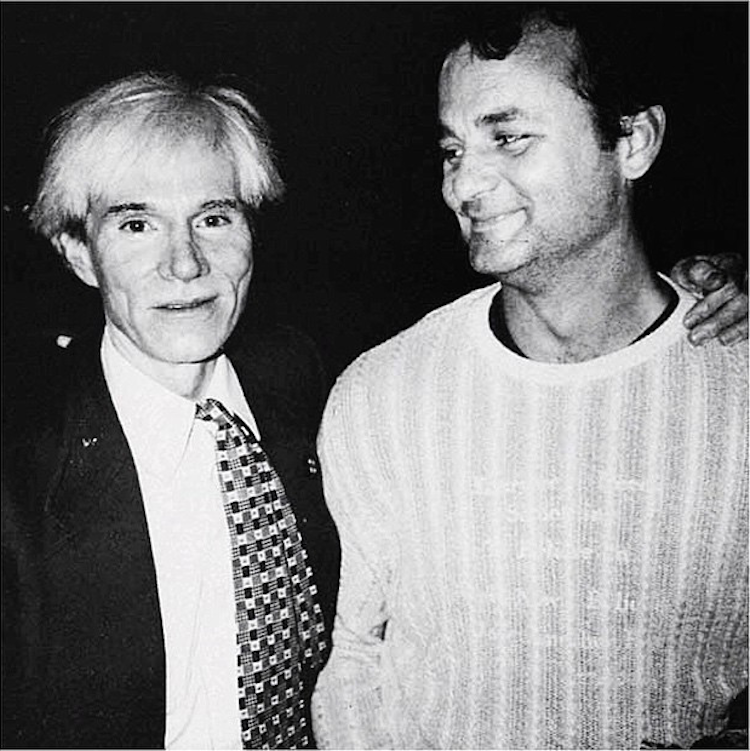 “The last time doesn't exist. It's only this time. And everything is going to be different this time. There's only now.”
- Bill Murray

Murray garnered additional critical acclaim later in his career, starring in Lost in Translation (2003), which earned him a Golden Globe and a BAFTA Award for Best Actor, as well as an Academy Award nomination for Best Actor. He also received Golden Globe nominations for his roles in Ghostbusters, Rushmore (1998), Hyde Park on Hudson (2012), St. Vincent (2014), and the HBO miniseries Olive Kitteridge (2014), for which he later won his second Primetime Emmy Award.  Murray received the Mark Twain Prize for American Humor in 2016.

“The secret is to have a sense of yourself, your real self, your unique self.”

“Life is so damn short. For f*ck’s sake, just do what makes you happy.”

“I live a little bit on the seat of my pants, I try to be alert and available. I try to be available for life to happen to me. We’re in this life, and if you’re not available, the sort of ordinary time goes past and you didn’t live it. But if you’re available, life gets huge. You’re really living it.”

“We do need each other. It’s lonely to really effectively live your life, and anyone you can give help to, or get help from, that’s part of your obligation.”

“Somewhere there’s a score being kept, so you have an obligation to live life as well as you can, be as engaged as you can. The human condition means that we can zone out and forget what the hell we’re doing.”

“I take my chances on a job or a person as opposed to a situation. I don’t like to have a situation placed over my head. “

“I made a lot of mistakes and realized I had to let them go. Don’t think about your errors or failures, otherwise you’ll never do a thing. “

“I think midlife crisis is just a point where people’s careers have reached some plateau and they have to reflect on their personal relationships.”

“You can handle just about anything that comes at us out on the road with a believable grin, common sense, and whiskey.”

“People are like music. Some speak the truth, and others are just noise.”

“The best way to teach your kids about taxes is by eating 30 percent of their ice cream.”

“I think everyone becomes a jerk for about two years when they become famous. So I give people two years to figure it out and pull it together. But you end up behaving poorly because there’s just no training for it. There’s nothing your parents ever did, no matter what kind of people they are, because everything just gets different. The information coming to you comes differently, and people treat you differently, sort of, and everything changes for us. So it takes you a little while to figure it out.”

“If you can consciously let yourself get taken and see where you go, that’s an exercise. That’s discipline. To follow the scent. Let yourself go and see what happens, that takes a bit of courage.”

“I always want to say to people who want to be rich and famous: ‘Try being rich first.’ See if that doesn’t cover most of it. There’s not much downside to being rich, other than paying taxes and having your relatives ask you for money. But when you become famous, you end up with a 24-hour job.”

“I can only take so much TV, because there is so much advice. I find people will preach about virtually anything–your diet, how to live your life, how to improve your golf. The lot. I have always had a thing against the Mister Know-It-Alls.”

“I’m more of a person when I’m working on a movie than at any other time. Because I actually have to really be there. I really gotta show up.”

“The last time doesn’t exist. It’s only this time. And everything is going to be different this time. There’s only now.”